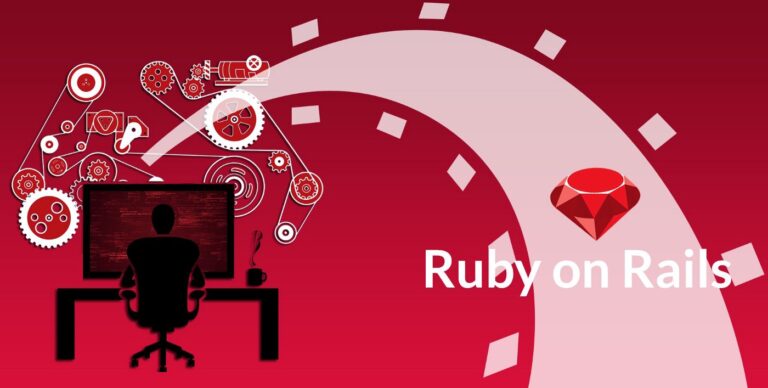 As a web developer, you’re tasked with creating an entire application from scratch. The last thing you want to do is spend hours digging through tons of code and reading complex instructions that you don’t really understand in order to simply get your app up and running. With Ruby on Rails, however, everything is simple to use—from installation to deployment.

2) Has everything you need

Instead of writing your own code to store and display data, databases such as PostgreSQL or MySQL take care of it. You can build entire web applications without having to write any SQL statements or manage a database server. It’s easy to get started with one of these tools: just install them on your computer and you’re ready to go. And if you ever need more power, you can easily scale up by switching to a cloud-based service like Amazon RDS.

Ruby on Rails is a versatile framework that allows developers to create just about any type of application. It’s become increasingly popular among startups, especially because it can provide a lot of functionality without becoming too complicated. Since you’re working with an interpreted language and not writing code in C++ or Java, programming in RoR is quite fast and easy once you get used to it. The wide-open structure also lets you move quickly through each phase of development.

Although a bit pricier than some other platforms, Ruby on Rails offers an easy and cost-effective way to build web applications. Because there are so many developers using and maintaining it, a large pool of coders is available to fix bugs or troubleshoot issues. Moreover, if you need help but aren’t tech savvy enough to fix things yourself, hiring a developer is much easier with ROR than it would be with other languages. This translates into more affordable projects overall.

Due to its object-oriented nature, Ruby on Rails is a robust, secure and scalable web application framework. The language’s focus on flexibility and simplicity makes it easy to create clean, meaningful applications that allow you to scale your business effectively. Not only is it easy to write in, but since there are so many talented developers out there who know how to use it, finding help when you need it won’t be difficult.

Community support is a big deal in web development. Because open source projects like Rails are constantly updated and maintained by larger, worldwide communities, it’s hard to get stuck with an outdated version or incompatible coding tools. For example, if you hire Ruby on Rails developers, you can rest easy knowing that their toolset is always up to date—and so are your websites!

In many cases, hiring a Ruby on Rails developer can cost less than a PHP programmer. The learning curve is lower and the job market is more competitive; both result in lower prices. When you hire a Rails developer, you get access to existing frameworks and resources—so you don’t have to start from scratch with every project. This can result in large savings over time.

Hope that you understood the advantages of Ruby on Rails and you may want to use it for your next project. Ruby on Rails is a preferred choice to build high-performing applications. You should hire Ruby on Rails developers who can create best web applications and services for you.