Cigar vs Cigarette: Similarities and Differences 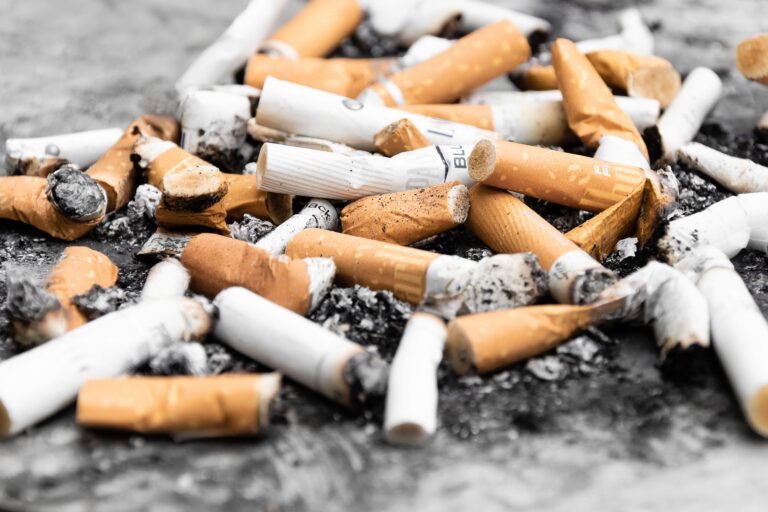 Both cigars and cigarettes are popular forms of tobacco consumption. They both usually involve burning dried leaves to release nicotine, an addictive substance found in tobacco products. Cigars and cigarettes come in different shapes, sizes, and flavors. Both deliver nicotine quickly when smoked or inhaled, making them attractive to people seeking a quick way to fix this stimulating chemical.

But what are some other similarities and differences between cigars and cigarettes? If you’re wondering about this, here we have provided some key things you should know about the two.

#1: Both cigars and cigarettes comprise tobacco and are smoked for pleasure.

Cigars and cigarettes are smoking tobacco, a popular pastime among many people, and have been for centuries. While the act of smoking may have changed over time, the reason for smoking has remained the same – for pleasure.

Most smokers use cigarettes daily, making them the most widely used tobacco product. Cigars are usually smoked less often and are generally seen as a more luxurious product.

Smoking cigars and cigarettes have several effects on the body. Some of them are increased heartbeat, narrowed blood vessels, and higher blood pressure. Carbon monoxide, tar, and nicotine are just a few of the toxic substances found in cigarette smoke. These chemicals can cause some health problems, including cancer, emphysema, and heart disease.

Despite the many negative effects of smoking cigars and cigarettes, many people continue to do so. This can occasionally be attributed to nicotine addiction. In other cases, people may enjoy the taste of tobacco or the ritual of smoking. Whatever the reason, it is essential to be aware of the risks associated with smoking cigars and cigarettes and to make an informed decision about whether or not to smoke.

#3: Cigars and cigarettes differ in how they are designed to be smoked.

Although cigarettes and cigars have many similarities, there are also some significant distinctions. Both cigars and cigarettes are comprised of tobacco, and both are typically smoked for the purpose of enjoying the nicotine hit. However, cigars are generally much larger than cigarettes and are designed to be smoked more slowly. Contrarily, cigarettes are meant to be quickly smoked.

#4: Cigars and cigarettes differ in wrapper and size.

Despite having a similar appearance, cigarettes and cigars differ in several ways. Most notably, cigars generally have a thicker wrappers and are much larger than cigarettes. Cigars have a tobacco leaf wrapper, while cigarettes have a paper wrapper.

#5: Cigars and cigarettes differ in taste.

Cigars and cigarettes differ in taste, with cigars being generally perceived as richer and more full-flavored. This is due to the fact that cigars are made from air-cured tobacco, which tends to have a more robust flavor than the flue-cured tobacco used in cigarettes.

In addition, cigars are generally rolled by hand, which allows for a more even distribution of the tobacco within the cigar. Conversely, cigarettes are typically made from a blend of tobacco and are machine-rolled, resulting in a less consistent flavor.

The taste of a cigar is affected by many factors, including the type of tobacco used, the aging process, and how it is rolled. The most common tobacco used in cigars is Cuban-seed tobacco, which is grown in the Cuban provinces of Vuelta Abajo and Partagás. These tobaccos are known for their rich, full-bodied flavor.

The aging process is also crucial in determining the taste of a cigar. Cigars are typically aged for at least two years, during which the tobacco leaves undergo a chemical transformation resulting in a more complex flavor.

#6: Cigars and cigarettes differ in price.

Cigars and cigarettes differ in price, with cigars being significantly more expensive. The materials used to create cigars, the manufacturing method, and the taxes imposed on cigars are just a few reasons for the price disparity.

Cigars are made from tobacco leaves that are carefully selected and grown. After fermentation and aging, the tobacco leaves are prepared for hand-rolling into cigars. The labor- and time-intensive nature of the manufacturing process is a factor in the high cost of cigars.

Cigars are also subject to higher taxes than cigarettes. In many countries, cigars are taxed at a higher rate than cigarettes, further contributing to the price difference.

While cigars are more expensive than cigarettes, many believe they are worth the price. Cigars are often considered luxurious products, and their rich flavor and distinct aroma are among the most popular reasons for smoking them. For many cigar smokers, the high price is worth it for the unique smoking experience that cigars provide.

#7: Cigars and cigarettes differ in how society perceives them.

Cigars are generally larger and more expensive than cigarettes and are smoked less frequently. Additionally, cigars are often seen as a symbol of luxury, while cigarettes are more commonly associated with addiction and smoking cessation.

Usually, smoking cigars is reserved for special events like weddings or other celebrations. They can be savored with a glass of bourbon or scotch and are frequently presented as gifts. Cigarettes, on the other hand, are typically smoked on a daily basis. They are less expensive than cigars, and people who smoke cigarettes often try to quit.

The critical difference between cigars and cigarettes is the frequency with which they are smoked. Cigars are smoked less frequently than cigarettes, and they are generally considered to be a luxury products. Cigarettes are smoked more regularly and are typically associated with addiction and smoking cessation.

No matter the differences or similarities between cigar and cigarette products, it is essential to remember that they all contain tobacco and nicotine, which can be dangerous to human health. It’s best to avoid cigar and cigarette smoking altogether by not starting in the first place, but if someone already smokes either one, then they should weigh their options carefully before making any further decisions related to cigar or cigarette use. Knowing about cigar and cigarettes’ similarities as well as their differences can help people make a more informed decision about whether or not cigar or cigarette smoking is right for them.

Be Cool and Remain Warm with Upscale Hoodies

Delicious New Year Gifts To Impress Your Loved Ones In LA

Designer outfits to wear on Diwali