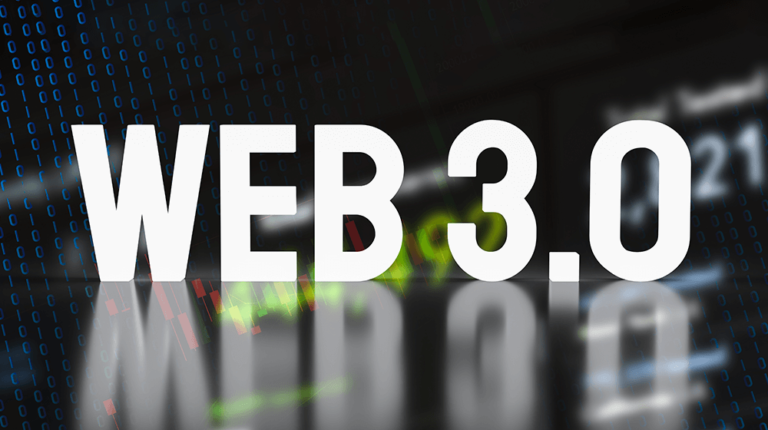 Presently, we live in a world between Web 2.0 and Web 3.0, and the future of the web still needs to be determined. We’ll delve into the concept of Web3 and examine some concrete examples of technologies that fall into this category.

It’s important to note that the web is distinct from the Internet before we go any further. The Internet consists of computers and networking hardware that keeps the world connected.

The web is one service (or group of services) that runs on the Internet. Although the web is the most familiar part of the Internet to users, it does not include all of its services. That’s because they’re both using the same bandwidth.

In the middle of the ’90s, the World Wide Web started to take off. Now commonly referred to as “Web 1.0,” this was the first generation of the World Wide Web. As a result, early websites had multiple hosts. Both large servers in the company’s IT department and personal computers hosted some sites. There still needed to be massive data centers where most websites store their data.

Web 1.0 content mainly consisted of non-interactive, static Web pages that could only be “read.” That is to say, you would go to a website to learn something but wouldn’t register or provide any information to the site in return. That is the main distinction between the first generation of the Internet and the current second generation, Web 2.0.

Web3 marketplace development gives control over one’s personal information and content on the web back to the people, be they governments or corporations. It also paves the way for a web where people can make money from the information they share and daily monetary transactions.

One advantage is that it is decentralized, meaning that no single entity controls or profits from the data. Web3 allows users to retain full ownership of their data and revenue generated by their content.

Web Technologies that Qualify as Web3

A blockchain is essential to the functioning of many other Web3 technologies. The blockchain is a distributed ledger that keeps track of financial dealings between users. There are many computers all over the Internet where the blockchain is entirely stored. Every trade is publicly viewable and irreversible.

Cryptocurrency is a digital currency that operates independently of a central bank or government. Cryptocurrencies use blockchain technology to track how much money exists and who holds it.

Since the “coins” being distributed in an ICO are a digital currency, the two concepts are related. You need seed funding to get going when you invent a new cryptocurrency.

Investors in an ICO are purchasing your cryptocurrency before it has any value at all, expecting that, like Bitcoin and Ethereum, its value will quickly increase, making them a fortune overnight.

Sometimes ICOs are sold like stock in a company, even though buyers will never actually own anything. Startups have found ICOs to be an attractive funding option because they don’t require traditional financial institutions like banks, investors, or venture capital.

NFTs are a crucial part of Web3 architecture. Even though NFTs share many characteristics with cryptographic currencies, they cannot be traded for one another. As implied by the term “non-fungible,” this is the case. Just as the paper title deed to a house represents ownership, NFTs are linked to digital or physical assets.

In the case of Google Docs and similar cloud-based services, users access a consolidated program. Google has complete access to your documents, can read them fully, and decide what you can and cannot do with them. The benefits of cloud computing, such as easy sharing and collaboration, are worth the trade-offs.

Smart contracts can perform the same functions but without the need for oversight or enforcement by any third party. Consistent with the reasoning and rules outlined in the agreement, the action takes place without any human intervention.

Financial services and the creation of legally binding contracts between parties are made much more cost-effective through smart contracts. When put into action, they provide a more just outcome and are not susceptible to manipulation.

In DAOs, no chief executive officer, chief financial officer, or equivalent positions exist. The group’s members vote on when and how to spend the group’s collective funds. A permissionless (also known as trustless) blockchain stores an organization’s rules encoded with cutting-edge contract technology.

Natural language processing (NLP) allows you to communicate with a smart agent who understands what you’re saying. Machine learning is also used to process large amounts of data in real-time to anticipate our wants and actions. The proliferation of smart, networked devices is largely attributable to the IoT. This opens up a wealth of possibilities for information collection and subsequent useful application.

The third generation of the web that has been predicted sounds promising on paper, but it faces significant obstacles in becoming a reality, at least in its idealized form. For the Internet, Web3 is an unprecedented leap in connectivity. Web3 envisions a decentralized network with many more nodes than the current web, which is already complex.

Web3 Examples Web3 use cases
Share. Facebook Twitter Pinterest LinkedIn Tumblr Email
Previous ArticleSome Basic Facts About Orthodontics That You Should Know
Next Article How to Insulate Your Home in Winter: Tips to Keep your Home Warm!