Blockchain: what it is and why it will change the Digital Landscape in the coming years 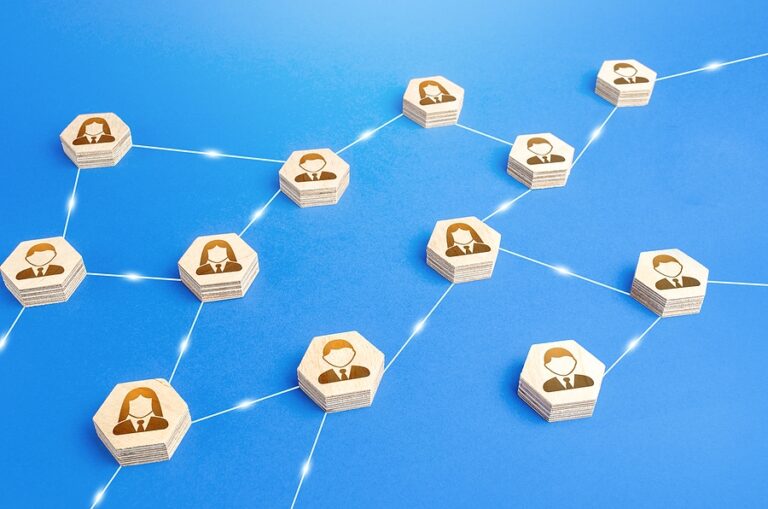 There are many possible applications of the Blockchain  (“chain of blocks”), a great Technological Innovation with enormous potential based on the strength of Decentralization .

The Blockchain represents the basic infrastructure that is able to guarantee the transfer process of economic value, but not only!

With the Blockchain it is also possible to transfer information and Big Data (in a secure and anonymous way) as well as guarantee the digitization, and therefore the automation, of some human tasks.

We can define the Blockchain (chain of blocks) as a “digital ledger”, a data structure with 3 fundamental characteristics :

This digital ledger is structured in a chain of registers (the blocks) responsible for storing data (from value transactions to entire digital applications).

The information contained in it can be defined as “immutable” because if on the one hand it is possible to add new blocks of information at any time, on the other hand it is impossible to modify or remove the blocks previously added to the chain . This means that every information written on the Blockchain therefore leaves an immutable and always verifiable “trace”.

In this ecosystem, (hidden writing) and consensus protocols guarantee Security and Immutability , ie the incorruptibility of stored information.

The result is an open , neutral , reliable and secure system, a decentralized system distributed over multiple information nodes (networks), so that a hypothetical fraudulent damage to the data contained therein is impossible.

What is meant by decentralization?

A decentralized infrastructure, such as the Blockchain, is an infrastructure that escapes the control of a central body. There is no entity or institution that has decision-making power regarding “company” or project policies like DarkCome.

A single individual therefore cannot decide for the entire Blockchain, but needs the consent of the other nodes of the network. The power of decentralized structures therefore resides in each node (user) that makes up the network .

It is possible to distinguish  2 types of decentralized structures :

The Blockchain, as we said above, is a digital register of transactions. Copies of every single transaction are distributed on all computers in the world that are part of the Blockchain. In this way, each user will be updated in real time on the various transactions that take place in the Blockchain, a bit as if everyone shared the same file to work on remotely at the same time (wanting to simplify the concept to the extreme!).

The need for a distributed digital ledger of transactions stems from reasons regarding online trust .

What does trust have to do with it?

It is soon said!

How does Amazon trust to receive money from its users in exchange for goods?

How can any company trust a user on the web who promises to pay for a service or product?

Answering is very simple. Obviously he can be trusted because the transaction is guaranteed by a financial institution which acts as a third party to control payments.

But what if the transaction is based on a decentralized system such as the Blockchain? How can you trust since there is no third institution to act as guarantor?

Again, the answer is simple.

It is the Blockchain itself that acts as a guarantor , or rather it is all the users of the network (the nodes or blocks of the chain) who guarantee transparency and honesty by approving the individual transactions each time and keeping the history and the copy of all the actions carried out within the Blockchain, so that it is technically impossible to carry out dishonest actions.

But why is it technically impossible to perform dishonest actions within a Blockchain by altering the information contained therein?

Because within a Blockchain there is no centralized “official” copy and no user is more credible than another. Each user is in fact at the same level as all the others. There is no hierarchy, so users have equal credibility with each other. Each user (also called node) validates new transactions by adding them to his block only after verifying the information held in the entire block chain. Once the verification and therefore the construction of his single block have been completed, the user transmits a copy of the information to the other nodes of the network and so on.

The Problem of the Byzantine Generals

The Byzantine generals problem is informally defined as “a computer problem of how to reach consensus in situations where there is a risk of error”. The problem consists in finding an agreement between different members of a group who communicate at a distance, avoiding falling into incorrect solutions.

The metaphor of the Byzantine Generals is used to represent the problem.

Let us assume the case of a group of Byzantine generals besieging a city. Each general leads his own army.

You have to decide whether to attack or retreat. In both cases, a unanimous decision must be taken, on pain of total defeat. However, each general cannot be certain of the intentions and behavior of his colleagues. There may be traitors or someone may misunderstand the order.

How to avoid traps? How to trust others?

The underlying problem is essentially the absence or scarcity of trust . Generals don’t trust each other.

Here, using the metaphor of the Byzantine generals we can figuratively represent what happens on the Web between different subjects who find themselves interacting online and who cannot trust each other.

There is an extreme lack of trust between users in the Internet ecosystem .

For example, how can person x intending to sell an object be sure that person y (the buyer) will actually transfer the money requested for the purchase? And at the same time how can the buyer be sure that in exchange for the transfer of his money he will really receive the promised item delivered?

There are  2 possible solutions to this deadlock:

Blockchain: legitimization and archiving of transactions

Every action performed on the Blockchain, such as exchanges of money or information, is therefore stored in a block , which acts as a container.

Each block is connected to many other blocks forming a “chain of blocks” .

Before being archived and distributed to the whole network, the block must be legitimized and confirmed by the nodes so as to make the Blockchain (precisely the chain of blocks) a system:

Possible Practical Applications of the Blockchain

The possibilities of using the Blockchain in the workplace and in business are many and constantly growing.

Blockchain technology now seems to have gained the attention of Governments , Institutions , Large Enterprises and SMEs .

The power of application of this technology is extraordinary, so much so that in the coming years it could be able to make obsolete many tasks and tasks performed manually by humans.

Furthermore, the Blockchain could be particularly interesting for the Public Administration as it is capable of improving the transparency of some processes and events of a public nature, an example above all, that of the electoral vote . The technology in question could facilitate the event as a whole, making it:

In short, the competitive and productive advantages deriving from the use of the Blockchain in the entrepreneurial sphere are many and evident . In fact, many companies have already implemented this “distributed digital ledger” in their normal production activities. Corporate realities such as:

The sectors mainly affected  by this Digital Revolution are: