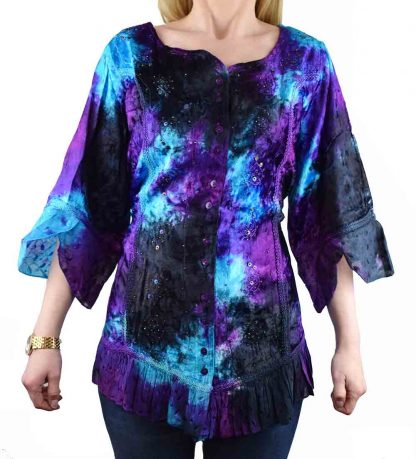 The world of fashion is interesting. It has many innovative outfits and accessories in different styles in designs. In every decade and era, it comes up with something new, something fresh. And with this we get to experiment with different types of outfits and accessories. Whereas it is colourful, lively and full of glitz and glams on one side, on the other side, it is dark, mysterious, expressive and spooky. Just like arts and literature, it comes with many genres and subgenres. Gothic fashion is one of them. There are many gothic outfits and gothic accessories available in the market. If you look at them, you will find them to be mysterious and dark, yet bold and dramatic at the same time.

In this article we shall be looking at some of the interesting facts about this style. There are different types of goth dresses and accessories available in the market. You can wear them for different occasions and styles and slay your look. These days you can order them online as well. Jordash Clothing is an online store in the UK, where you will get different types of gothic garments and accessories, such as gothic trousers, fishnets, gloves, dresses, gothic handbags, gothic coffin bags and so on.

Let us now have a look at some of the interesting facts about this style.

The history of goth style

Inspiration from gothic literature and films:

The gothic movement of the early 18 th century was somewhat influenced by the Germanic goths, in contrast to the Age of Enlightenment. The gothic writers of this era used to write narratives that were emotionally driven, fantastical, full of sensibility and feelings. Horace Walpole’s novel, The Castle Of Otranto, published in 1764, is considered to be the first gothic novel in the genre of gothic literature. Generally, the settings in the works of gothic writers of this era were gloomy, lonesome, isolated and abandoned places and the characters were sensible and emotional. If you read these works, you will find that they are filled with many supernatural elements and events. The works written in the late 18th century, known as the era of Romanticism were an amalgamation of romantic elements and gothic elements.

If you look at gothic fashion today, you will find that many gothic dresses and gothic accessories are influenced by 18th century gothic literature.

However, gothic literature is not the only element that has inspired this fashion. The fashion evolves and is evolving with time and taking inspiration from both the previous decades and the contemporary era. The 1990s gothic films, such as Dracula(1992), Interview with the Vampire(1994) and so on have also played a major role in the evolution of goth fashion.

It is already mentioned that gothic fashion is available in different subsets all across the world. Some of the most famous types of gothic fashion are, industrial goth, steampunk, cybergoth, gothic Lolita and currently, formal goth or corporate got is on trend. In industrial goth, everything from outfits, accessories, makeup and hair, is found in dark and neon shades. Whereas, Gothic Lolita is primarily from Japan, its origin dating back to the 1980s. Steampunk on the other hand, is in the neo-Victorian style and based on the theme of past and rustic future. Formal goth, also known as the corporate goth, is a type of gothic fashion that is meant for people who work in corporate sectors. The outfits, accessories and other elements that they use are either black or in dark shades.