How Far Can A Drone Fly? All The Interesting Information You Need To Know 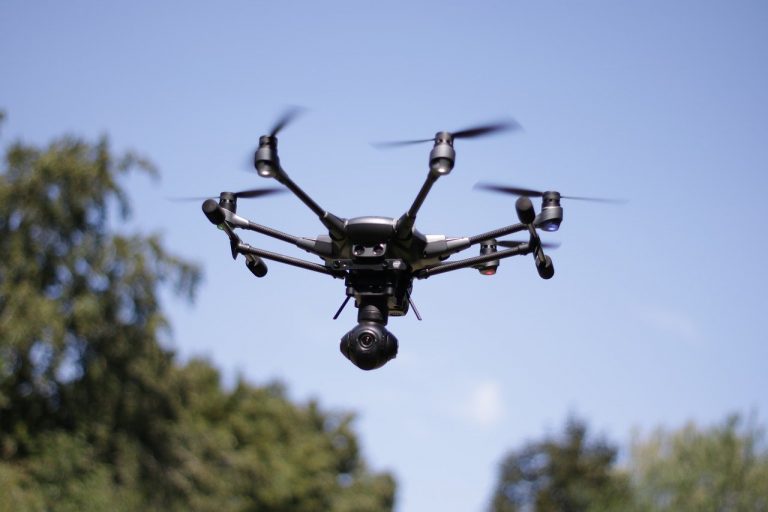 Pricier drones, unsurprisingly, will have a more fantastic range. Regardless, there are also more compelling reasons to choose a stronger controlling signal. It is the technology by which the content of drones can be found. It is the type of transmission technology.

Don’t think of it as a catch-all phrase when you mention drones. They come in diverse forms and sizes, and as a result, there is a vast range of how far away they may travel from the controller while still communicating. You can’t expect to travel very far away with a toy drone, certainly not more than a football field, and possibly considerably less.

A mid-level consumer drone will bring you a fair bit more Range for a slight increase in price and controller signal strength. With a drone costing between $150 and $500, you’re looking at a third of a mile to a mile and a half of travel before losing the signal.

Higher-end drones, which are starting to approach the prosumer price and quality level, can provide fundamental long-range capabilities. You can acquire a drone that can keep a connection with its controller for 2.5 to almost 5 miles for $800 to $1500. In most instances, that’s probably much above your ability to maintain a solid sight on the drone.

Limitation of Visual Line of Sight

Even if your drone can communicate with its controller across a distance of four miles, it’s unlikely that you’ll be able to see it well enough to know if it’s reacting effectively to your commands.

What difference does it make?

It’s an issue of safety, for starters. A drone that has lost control poses a threat to people, buildings, cars, and the drone itself.

As a result, the FAA’s recommendations for safe drone use for recreational purposes mandate that you maintain the drone inside your line of sight. The terrain, adjacent barriers, and air conditions will influence how far you can physically retain a clean eye on your drone. However, you can only see your drone well from roughly 1,500 to 2000 feet away with an unobstructed view. That’s a distance of less than half a mile. You’ll have a hard time distinguishing your drone from a bird at that distance.

A drone that can travel the entire field and reach 3-4 miles away from the controller is essential for farmers scouting a lot. Pre-programmed flight paths make it simple to have the drone span the entire area without the operator keeping the drone in view. Long battery flight periods mean that the drone can traverse the whole field in one flight and return to takeoff when the course is completed.

Drones must also cover an extensive area when used for mapping, and they can do so most successfully when they can travel well beyond the Range that the operator can see. Long-range drones can cover a large region, capturing data that may be used to create highly detailed, even 3D maps.

A drone that can cover the whole perimeter of a big construction site, jail, or commercial warehouse will most certainly need to leave the operator’s visible line of sight. Similarly, law enforcement organizations pursuing criminals or conducting search and rescue missions require a drone capable of flying long beyond the beginning site.

It must be able to travel a few miles to the delivery area, whether it is leaving from a warehouse or being deployed from a delivery truck. The requirement for an operator to keep an eye on the drone will be eliminated mainly with automated flight planning.

Even if you don’t intend to use a drone to explore kilometers of terrain, having a drone with more extended range capabilities isn’t just for experts. Remember that a drone with better transmitting and receiving will sustain a stronger connection even over shorter distances. Other factors that can interact with the controller connectors or the video transfers signal can be accounted for with a better motion and more reliable transmission. Although you might not employ a long-range drone for long voyages as a hobbyist, it could be the answer to visual skipping or latency issues in the proximity.

What happens if the drone isn’t within range?

The controller runs typically on the 2.4GHz band, which is more powerful than the 5.8GHz band used by the live video stream signal.

When you drop your video feed, you’ll notice that the image on the screen starts to stutter and eventually fails. Don’t worry; your drone will still be able to follow your directions. One reason to stay inside line of sight would be that you won’t even be able to see what’s going on around your drone through the screen if you go beyond it. Press the return-to-home button or physically bring your drone closer to you to re-capture the video stream.

How can you increase your drone’s range?

In the USA, it is illegal to fly a drone. But it can be used for legal purposes.