The best games with the best graphics 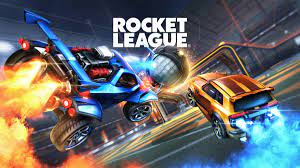 The best games with the best graphics

The new generation of video games will offer Xbox Series S | X one of the largest launch libraries in history.

With more dynamic worlds, games built with the Xbox Series X|S Development Kit offer significantly reduced load times and stunning visuals at up to 120 FPS. Plus, with Smart Delivery, you can buy a compatible game once and always have the best version available for whatever console you play on.

But this is not all, we still have more! Microsoft has continued to push for full backward compatibility, so from future adventures like Halo: Infinite to current obsessions to classic titles like Halo: Combat Evolved, thousands of favorites across four generations of Xbox look and play better on both Xbox and Xbox.

Series X as well as Xbox Series S. In addition, a large number of games will enjoy Auto-HDR functionality, thus allowing you to recreate HDR effects in previous generation Xbox games even if it is not a native feature of the games. The Auto-HDR means that the games can be enjoyed at a higher graphic quality, something that we do not lack.

Among all these novelties, Xbox Series X | S will receive two new functions related to video games that will make everything easier for us. One of them is Quick Resume, a function that allows you to start several games at the same time and be able to switch between one and the other from the menu without any problem. On the other hand, Microsoft will allow us to download and install any game, even if we don’t have it. For example, if we are waiting for a physical game to arrive, we can pre-load the game while we wait. This means that when the game is in our hands when we insert it we will start playing instantly.

Continuing with the objective that Microsoft has in mind, Xbox will have, among many, one of the most successful services currently, the Xbox Game Pass.

This video game subscription service offers more than 100 high-quality titles. Thanks to Game Pass, Xbox players will be able to play big blockbusters from day one, such as Halo Infinite, Senua’s Saga Hellblade II, or The Medium in the future, among a large number of exclusives and third-party games.

We must remind you that EA Play will join Xbox Game Pass in November, offering its entire catalog completely free of charge, including the advantages offered by the service itself, such as 10-hour trials, challenges, and exclusive rewards.

With EA Play bringing the best of EA to Xbox Game Pass on all platforms, not to mention what Microsoft’s service is already offering us, there’s no better time to jump into the Xbox Game Pass experience, and more with the next generation just around the corner.

We add that all those moviegoers and series fans, among others, will be able to enjoy services such as Netflix, Disney+, Amazon Prime Video, YouTube, or Twitch.

Buy Xbox Series X | S, are they worth it?

As you will have seen in this Xbox Series S/X Buying Guide, the new Microsoft consoles of course will be worth it. It goes without saying that Xbox Series X will be the most powerful console on the market.

Thanks to full compatibility, all Xbox gamers will be able to enjoy a huge catalog of games from the Original Xbox to current and future releases, something that Sony will not miss on its next-generation console, among other things, like a good subscription service like Game Pass.

Microsoft has thought of gamers more than ever, and more than anyone. Therefore, buying Xbox Series X is the best option, since it will take us to a gaming experience never seen before on a console, and very close to what I can offer a powerful PC.

But this does not end here, because all those who want to enjoy the features of the Next-Gen, but for some reason cannot do so with Series X, will have the possibility of acquiring the small but thug Xbox Series S for a lower price and with features very similar to what Series X offers us, such as Ray Tracing or ultra-fast loading times.

With this new generation, Microsoft is preparing a large number of announced and unannounced exclusive games that will come to the Xbox Series by the different studios that make up the Xbox Game Studios team.

Also, with the Bethesda purchase, Microsoft has grown from 15 to 23 creative studio teams, thus adding Bethesda’s iconic franchises to Xbox Game Pass, not to mention upcoming games like The Elder Scrolls VI or Starfield will be Xbox exclusives. What console will you buy? Be that as it may, from SomosXbox we can only tell you one thing, welcome to the new generation of Xbox. hand car wash