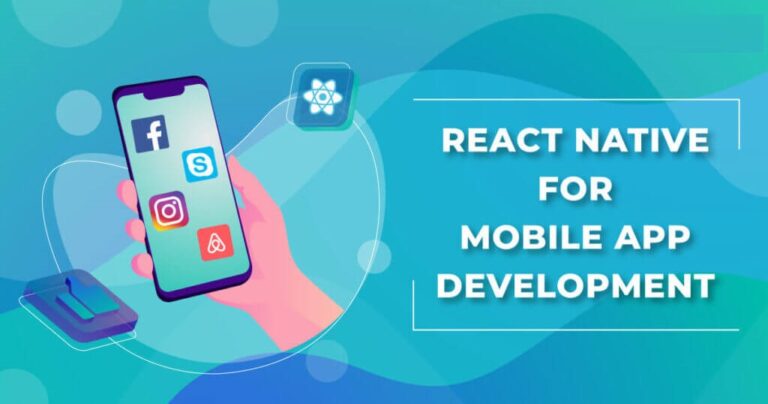 Thinking of developing a mobile application? Would it be for the Android or iOS platform or you have thought of creating for both? Well, in that scenario, choose to React Native App Development Services for developing feature-rich, interactive, and well-integrated cross-platform apps.

But before that let’s first understand how people think about mobile app development.

Most often when enterprises think of building a mobile app to expand their services. Their major concern is whether develop an iOS or Android application. Only very few give special emphasis on selecting the best and feature-rich cross-platform app development framework to create an app for both platforms at the same time. It is important for enterprises to give special consideration to app development technology while expecting the advanced level of features and functionalities.

What is React Native?

React Native is an open-source framework for developing a cross-platform mobile application. With open-source means, the framework is free to access by app developers and start working on the same. This framework was launched by Facebook and thus has all the credibility and technical efficiency to develop the result-oriented application. The best example of this is several brand’s websites like Skype, Facebook, Instagram, Tesla, Pinterest, Vogue, etc., all built on React Native framework.

Below, we have a list of reasons that will justify the claim to develop cross-platform mobile applications using React Native framework. At the end of this, you will be convinced to hire React Native developer to build a feature-rich application within budget.

It is a genuine fact that developing a cross-platform app as compared to Native-app is always cost-friendly and time-saving. React Native encounters fast migration, code reusability, and 3rd party plugin-support. And, all of these make the app development process goes affordable, especially for startups and small companies.

As you already know, cross-platform app development is all about creating apps for different operating systems using a single codebase. So, with React Native, you can expect interactive UI/UX of different platform apps created at the same time. Such applications offer responsive outcomes, high-end usage, and seamless operational benefit.

React Native offers a strong foundation of programming by allowing developers to use the same code for Android & iOS. It helps to deploy the app to all types of mobile operating systems and recompiling the same without making any change in the framework. In this way, developers save a significant amount of time while developing different blocks again and again.

Web Apps can be easily transitioned into mobile apps using React Native framework. It is because developers are aware of the sequence of the code. And, enterprises do not require the assistance of a core team of developers to access the app. One can easily adapt to the environment and witness the smooth transition from a web app to React Native mobile app.

Another reason to choose React Native for app development is its compatibility with 3-rd party plugins. It helps to integrate several plugins with the application to perform better and removes the hassles of the complicated development process or coding blocks.

Now, the picture must be clear to you as to why opt for React Native framework for developing cross-platform mobile apps. It is a business-friendly framework well-adopted by developers to create result-oriented applications. React Native has a huge community that provides an optimum level of assistance to maintain the efficiency of the app. Owing to the benefits, you can avail of React Native app development services from a leading company. For this, you can rely on ReactJS India as a pioneer ReactJS website development service provider.